Ubisoft took the E3 stage today and showed off a handful of games, but if I’m being totally honest, almost all of it fell pretty flat for me. The one saving grace was the reveal of Watch_dogs Legion. Sure it was already leaked a while ago, but getting to see the game in action was an absolute treat.

Legion is set in a futuristic Britain. Hearing all those accents and the lingo was fantastic. The amount of curse words in this demo alone was an absolute treat. I’m a potty mouth through and through, and this game just speaks to me on a whole other level now.

Ubisoft likes to say it’s not being political, but when it’s spouting off about how Brexit is changing the country, this is where it might end up turning into. A police state and everything is just kind of shitty. So, yeah man. Whatever. I just wish they would stop sitting on the fence about things and just say it how it is. I promise you, most people will agree with you. Especially when MachineGames can be up in everyone’s faces about how Nazi are scum. They’re being political, and they own it. It’s fine. I guess. Okie, rant is over. Onward to game GIFS and grandmas!

Anyways, the game looks amazing. I love the almost cyberpunk feel to it. Turns out the rumors about being any NPC in the game is true though. You can scan everyone and find people with specific abilities like’s trained assassin’s, drone experts, and a few other occupations. What’s crazy is that every single one of these characters have their own voice lines, and their own origin story and mission. Definitely watch the trailer, because it just looks amazing.

The craziest thing is that when your chrarcter dies, it’s permadeath. They’re gone. So getting invested into a single character just sounds like heart break honestly. There was one recruited NPC by the name of Helen that everyone took a liking to. The reason is she was 75 years old.

Yeah, Helen was cool. She’s apparently a retired assassin. So super stealthy. The crazy thing though is that because she’s so old, she’s signifcantly slower. In the demo you watch her jump over a barrier and she kind of just crawls over it. It’s fantastic. Being strategic with your recruits is important. Picking the right person for the job will be the name of the game.

I was a little worried about not having a set main character. Not having someone that you follow their own personal story had me a little worried. After watching how much detail they gave these NPC recruits has me less worried now though. The AI companion who leads you to missions seems like a pretty solid constant for me though. I just really hope that the demo wasn’t so hardcore staged, and losing those characters actually has an impact on you and your other NPC recruits.

I am really excited for Watch_Dogs Legion. The game looks great, and I really enjoyed the previous 2 entries. Unfortunantly we hae to wait till March 6th, 2020 for the game to launch. I was really expecting it to be their holiday title, but the game looks pretty ambitious with what it is doing, so I suppose I can wait a bit longer. Too bad it’s right next to Cyberpunk 2077’s launch date of April 16th, 2020. Guess I will need to beat that game in a month so I can dive into Cyberpunk completely fresh.

PS The helmets and masks that your character put on are super fucking cool. 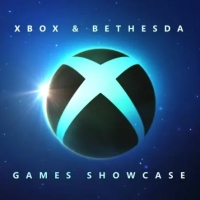