This post contains spoilers for the entirety of The Last of Us Part II. If you want a less spoiler filled post, check out my ten hours in impressions post!

The Last of Us Part II will undoubtedly be a game that I will think about for a very long time. It’s been over a week since I’ve beaten it and I’m still thinking about the ending daily. It might not be the most innovative game out there, but there was a lot that stood out to me that made it one of my favorite games of this generation, and even maybe of all time.

Like I said before, TLOU2 isn’t necessarily revolutionary in the gaming space for its mechanics. It plays almost identically to the first game, and in all honesty, I think that control scheme worked incredibly well for it. Reloading by pulling the trigger without aiming will always be a weird choice to me, but you do get used to it.

I really enjoyed the way you could shake up how you approached combat scenarios. You could go through entire sections going stealth and either taking out every Scar or WLF silently or in some instances I was able to get past all of them without touching them at all. The downside to this is the chances of missing collectibles ammo, or supplies are pretty high. So that’s when you can go loud, take out every enemy, use a Molotov and explosives, and just be an absolute animal. Which, in my opinion, is pretty fitting for this world.

I know a lot of people feel like there’s some sort of disconnect with the games’ story and the gameplay. Meaning it didn’t make sense to them that they were killing these people. Essentially being a mass murderer I guess? Honestly, the discourse was pretty confusing to me. Here’s my take on it: This post-apocalyptic world is brutal. It’s scary, and these people you’re fighting against, the Scars and the WLFs, are groups who shoot first and ask questions later. If they don’t know you, you’re going to die. So it’s kill or be killed in this world. It makes sense to me.

Let’s get to the main twist of the game. You don’t just play as Ellie, you also play as Abby, the girl who brutally tortured and murdered Joel. Abby’s section might be a bit more streamlined for the latter half of the game, but it really gives you the other side of the story. Realizing why Abby did what she did, her growing up and the things that she has had to endure. It doesn’t necessarily make you forgive her for killing Joel, but it does give you a completely different perspective on it.

I really liked all the supporting characters in the game, from both sides. Dina and Lev are definitely stand out characters for sure. You really end up caring about them and what happens to them. Even Abby’s friends getting killed, like Manny, who I actually was enjoying having him around, gets killed by Tommy, who is supposedly the ‘good guy’ in this game. All I know is, no one was a good person in this game.

There were two stand out moments in the second half of the game for me, and they were both the fighting sequences. The first one, when you play as Abby trying to kill Ellie. This totally caught me off guard. I had grown to really like Abby a lot. She was an incredible character played by an incredibly voice actor (Laura Bailey). So when you’re beating the shit out of Ellie, cracking her arm and almost outright murdering Dina, it was hard to watch. I cared about every single person, and I felt like I wasn’t rooting for anyone.

The other fight was at the very end of the game. This is when Ellie essentially rescues Abby and Lev from a slave encampment, only to face off against Abby again. Abby is notably in worse shape now. She’s much less buff now, but even still she puts up a scary fight. The moment when you’re holding Abby’s head underwater, killing her, I started to cry. I genuinely thought that this was it for Abby. I hated it, I truly did. It’s probably one of the hardest moments in a video game that I have ever experienced emotionally.

Me hating these fighting moments, with these characters trying to kill each other, I think really shows how well The Last of Us portrayed these people. I was supposed to hate Abby. I was supposed to despise her, but playing as her, seeing her side of things and her life and friends, really turned it around for me. It was incredible writing and incredible acting, no doubt.

I do think The Last of Us Part II had its flaws though. The pacing was off, absolutely. I personally don’t know how I would change the game to fix this though. Even knowing that the pacing was weird I still enjoyed it. It might have something to do with me taking a week-long break from playing it, but I really didn’t feel fatigued on it at all. I didn’t think it went on too long, but I do feel like the stop/start points were weird. With everything wrapping up in Seattle, the whole farmhouse sequence, and then heading to California? It didn’t quite mesh together at all. It almost seemed like the portion of the farmhouse, before Tommy showing up, was the real ending, and all the California stuff was DLC, but the game not getting that final closure between Abby and Ellie would have felt way off. I don’t know. As I said, I don’t know how I would personally fix it, but I enjoyed it the whole way through anyway.

I cried a lot while playing this game. I’m honestly not sure if I’ve ever felt such a deep, emotional connection to video game characters like this before. That final scene with Joel and Ellie really seemed to bring everything together. It was heartbreaking, but it still felt like everything was kind of wrapped up, full circle, for them.

The ending of The Last of Us Part II was a good ending, in my opinion. It was just about as ambiguous as the first games’ ending. After Ellie comes back from California, the farmhouse is empty. Dina and the baby are gone. I would assume they had just moved back to Jackson to be around the community again, but where does that leave Ellie? Does she go back to Jackson and tell Tommy she failed, or would she lie to him and tell him he killed Abby? Would Dina even want to see her again, after her leaving when they were supposed to be done with this revenge? Does Ellie just leave to be on her own, exploring the world, and just become a traveling hermit? It’s weird. She leaves the guitar behind, along with everything else. It feels like she’s putting that life behind her now and she’s moving on, but to what?

This also leaves Abby and Levs’ story open-ended as well, for the most part. Their whole goal in California was to try and find the Fireflies. They find out that the group is still going strong and they know where to find them. They do get a little sidetracked by the slavers for a few months, but the new title screen when you finish the game shows the boat that she and Lev used to escape the slavers and Ellie on a beach, near a building that was described to them by a Firefly over the radio. So you have to assume that they made it, that they’re now with the Fireflies.

So what does this mean for the franchise? Is Ellie’s story done? Do we get more story for Abby? I’m genuinely curious what they plan on doing with this world moving forward. There’s a lot of rumors out there that Naughty Dog will be releasing a multiplayer version of The Last of Us Part II, akin to the first games online multiplayer. Will it be a more open world, more robust? Building a settlement, going out to scavenge for supplies, taking on other players? There are a lot of questions surrounding the future of this franchise, but right now it really is a just wait and see. 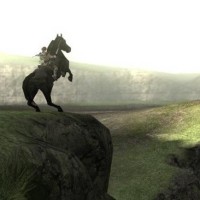 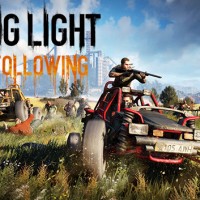