I played a lot of older games on the SNES, N64, and even the Genesis, but I really didn’t start digging into video games until I got a PlayStation 2. There were a variety of games that I sunk a crazy amount of time into, but one game franchise that really hooked me was Pandemic’s Destroy All Humans!.

DAH! Was basically a third person shooter where you play as Crypto, a Furon alien that is invading Earth searching for more Furon DNA so that his race won’t die off. It’s all a weird sort of plot, but whatever, I was all about it.

The first two games I enjoyed quite a bit. The third one was a Wii exclusive called Big Willie’s or something. I unfortunately never got to play it, but to be fair I absolutely hated the Wii motion controls. The final game was Path of the Furon on the 360. This one I actually own, still sealed. I’ve played a preowned version of it at one point, but never beat it. It just came at a time where I had too many games on my plate and hooking up my 360 was just too much of an annoyance.

Well now that there are rumors spreading about THQ Nordic announcing a brand new DAH! game at E3 2019, I decided to go back to the HD versions of the two original games on my PlayStation 4.

Booting up the first game and seeing the Pandemic logo brought back some great memories for some great games. I instantly remember how the game opens up, with the explanation of the Roswell, New Mexico UFO crash being a clone of Crypto and Pox being an annoying boss.

The game surprisingly looks really good in an HD port. Sure, the faces of the humans look a little ridiculous, but the B-Movie aesthetic still works so well for the game. The humor is outdated, but its not as loud and in your face as some games, like Borderlands 2. Going into it knowing that it’s making fun of those old style movies, it still works really well.

More RPG elements. Skill trees, weapon upgrades, and maybe even co-op adventures. Bigger worlds and better looking destructible environments. They could do so much with this amazing franchise.

I’m thinking if they keep with the trend of the time frame, the new entry should be in the 1980’s. Not entirely sure history wise what they could do that would be enjoyable and funny though. Or they can go present time. Make it a spoof on current day politics. Seeing a ridiculous Trump-lookalike sounds like a safe bet.

If you haven’t gotten the chance to play any of the Destroy All Humans! games and you happen to have a PS4, go download it. The games are stupid fun and pretty easy to get through. It definitely has a cult following behind it that I never knew about. This will be one announcement I will be looking forward to for sure.

Have you played the Destroy All Humans! franchise? Which one was your favorite? And what do you expect to see in a new sequel? 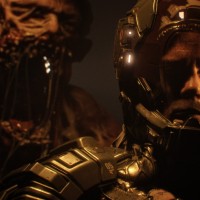