I decided to pounce on the Dreams Early Access because I have always wanted to dive into game development but for some reason had a tough time sticking with it. Dreams seemed like a fun enough start to giving me some ideas on what I wanted to really do in this area.

I have not put enough time into Dreams as of right now to really give an opinion on how well of a development tool it can be. I did the fun opening. Not crazy about the motion controls, but that’s just how it is. If I can change it I probably will. I moved and rotated some things in the menu world space. Unlocked some new items to use as well. After this I jumped into a menu that showed off what other people have created.

The first user created game I played was a recreation of PT, the cancelled Silent Hills game. Graphically it had that Dreams look to it, so not as great looking as what the original game was, but the atmosphere was still spot on, and they some how imported the audio as well. Just like the original, I backed out of this game out of pure fear and anxiety. Gave it a thumbs up though.

Ran through a few other games. An experimental FPS that felt janky as hell, and as well as a few concept levels of games that might be something bigger in the future.

I’m not entirely sure how big Dreams will become. I haven’t touched the dev tools as of right now, but it seems like you can do a lot with it. It’s not the prettiest from what I have seen, but it can be a whole new sort of art design. I am looking forward to getting into some of the tutorial stuff though.

I have an idea for a top down Assassin’s Creed type game. I’m not sure if it’ll work out very well, but I will give it a shot! I’ll do another post on how I feel about the development tools later this week.

Any one else getting into Dreams? Have you created anything yet? Let me check it out! 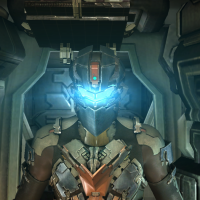