When Odyssey was first announced, I was looking forward to it. As much as I looked forward to any new AC game. I did feel like it was too early since it took me ages to play through Origins, but I still went ahead and preordered it. Then promptly forgot all about it for the next few months.

Fast forward to a month before release. I forgot the game was even coming out. I hadn’t watched any new gameplay or trailers, and all I knew about the game was that it was set in Greece and you could play as a male or female. A week before launch and I saw Polygon’s infamous article titled something like “AC Odyssey Really Gets good After 15 Hours.”

Yuck. I don’t have 15 hours to see if I start getting engaged with a story. That stuff is reserved for JRPGs that I just don’t bother touching specifically for that reason.

At this point, I’m worried. Should I even bother? Red Dead Redemption 2 is coming in a month, will I have time to finish it by then? I haven’t missed an AC launch since the very first one, and something inside compelled me to keep the tradition alive. So I got it.

Fast forward about 5 hours into the game. I finally see the title screen of the game. You know, when they tell you “hey, the game is starting now!” I am super lukewarm on the game right now. The starting island sets up some characters, and I really like Kassandra. She is the only person I have met at this point that has good voice acting and facial animations aren’t absolute garbage. Getting introduced to the skill system I was also not entirely into. Essentially having a hot bar for special abilities. I get it. I know why they did it. More RPG elements, but I could just feel myself being one of those shitty AC fans complaining about how the series has lost its roots.

And for the most part, let’s be real, it has moved away from what made it an AC game in the first place. Planning assassinations, gaining information, being stealthy, taking out the essentials, and then getting the hell out of the city. I understand Ubisoft needs to keep innovating and essentially follow the trend to what the mass is leaning towards. I think I have made my peace with this at this point.

Let’s get to 20 hours in now. I really like this game. Polygon’s article was an absolute shit title, but man was it true. I am finally hitting some crucial points when a story is actually forming. And it is leaning so heavily into the sci-fi stuff and I am all for it. I am still missing out on the present day stuff. I will always want to know the modern day struggles of the Assassin and Templar war. I actually ended my last play session with playing as Layla. She makes a return from Origins. I actually spent some time reading through her email and all that. Really didn’t give a whole lot of information, but I did spy a Japanese agent who was a former Yakuza member. There is also a remark that he was in the Japanese Assassin Brotherhood, which is super rad.

I am enjoying the combat. The skills are growing on me. I like Kassandra more and more and realize I definitely made the right choice in picking her. She is apparently the canon pick after all. I have predictions on where the game is going, but so far I am down to continue. I really haven’t been doing much exploring of the world though. I don’t feel like I need to at all. I am always at the right level for the next story mission. Besides, the side quests that pop up haven’t been overly interesting. Most of them seem to be a different form of fetch quest, which sucks. Weird that I would miss eavesdropping missions in an AC game.

20 hours into this game, and yes, it is finally picking up. Luckily it seems like those 20 hours flew by pretty quickly for me. I never feel like I have to worry about much, and just continuing on with the story is enough to make me enjoy the game.

How are you guys feeling about Assassin’s Creed Odyssey so far? Did you have reservations about the game as I did? Let me know! 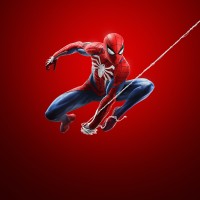 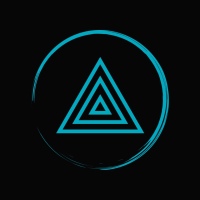