From the beloved Spyro and Ratchet and Clank to the often overlooked Sunset Overdrive, Insomniac has been a solid game developer for years. When it was announced that they were creating a Spider-Man game, I was already in. I really like Spider-Man as a character, and after playing around in Sunset Overdrive’s traversal world, I knew Insomniac could pull it off.

Let me start off by saying Spider-Man is an excellent game. Insomniac has nailed down the flow of swinging through the towering city that is New York. Doing flips in the air, swinging underneath bridges, and threading the needle between two buildings is my absolute favorite thing about this game.

The story is actually pretty great too. I am glad this wasn’t an origin story. People have made it clear that they know who Spider-Man and Peter Parker is, we don’t need to see Uncle Ben die a tenth time. Peter has been Spider-Man for 8 years at this point, so he has built a following, enemies, and allies. His relationship with Mary Jane Watson has gone through a lot in these years. I think the relationships in this game are the best part of the story. Where people grow together, others fall apart, and it is told so well in a great way.

In the game, you actually play as other people than Spider-Man. You play as Peter, MJ, and even fan favorite Miles Morales. Each of these sections are stealth-like sections. Sneaking around, gathering information, solving puzzles, and hiding from enemies. These sections are fine. It adds a little more to the variation of the gameplay which is important. I don’t mind them, but I started to get worn down on them after a little bit, so I was speed running through each section, not really watching the enemies paths and just moving fast enough to not get an instant mission failure. Side note to all developers: instant fail missions like these suck ass. They are not fun. They just feel like a speed bump.

I knew who the villains were going to be, but I wasn’t sure if they were each getting their own stories, a segment in the game, or they were just cameos. I won’t list every single villain you will meet in the game, but there are definitely stars of the game, side villains with side quests, and even minor characters will pop up for a bit. In short, you have a huge selection of bad guys in this game to contend with.

The setting for this game is obviously Manhatten. It’s a fairly large map, but with how quickly you can traverse the map, the built-in fast travel is not needed at all. I actually think the developers realized how fun their swinging was that they had to make fast traveling 5 times a trophy so people would actually use it. I personally didn’t bother with it until I heard that I had to do it as a trophy.

What’s nice about Spider-man is that he has so many years of lore that can be thrown into the game. They really do a great job of giving you a feel of Spider-Man and Peter’s past. In the game, there are backpacks spread throughout the city. These backpacks hold a bunch of items in them that tell you a little story. Like a job application, a Spider-Man plushie, and of course the infamous Great Dumpling Incident. These were my favorite collectible in the game. It actually felt like you were getting something out of it. That being said, there were a bunch of collectibles in this game that feel like they were thrown in.

You know how Ubisoft gets a lot of shit for creating huge, open world games with a ton of collectibles that just feel like they’re thrown into the game and do absolutely nothing for the story or the world you are exploring? That’s how I feel about Spider-Man. The map is much smaller than recent Ubisoft games, but they seem to still be able to shove just as many diverse things inside it. I talked about the backpacks adding backstory to the game which is excellent. You also have famous locations in the game that you can hunt down and take pictures of, like Central Park or Avengers Tower. These are cool because they really let you explore and see the sites in a sense.

Combat is fine. If you have ever played Rocksteady’s Batman Arkham games, you essentially know how this works. Instead of a blocking/parry like mechanics, you have a dodge with a built-in stun. This isn’t anything revolutionary in video games. It does what it does, and it does it pretty well. There always seems like there are so many enemies on the screen at one time, there is no way you won’t be getting some bumps and bruises in each fight you encounter.

You do get a move list, but ultimately I just found myself spamming the square button. You don’t really need much more than that. I would recommend trying at least, just because combat will get pretty stale after a little while.

The PlayStation 4 has been killing it this generation with their single player focused games. With God of War being a juggernaut, Spider-Man is a welcome addition to the exclusive family. Although I have more issue with it, it is a technically sound game with an excellent story, great character development, and fun lore surrounding it. More content will be coming in the form of a $25 season pass so I will be excited to jump back into the game next month.

Join 963 other subscribers
Follow The Tired Obsidian on WordPress.com 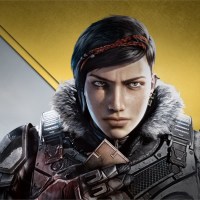 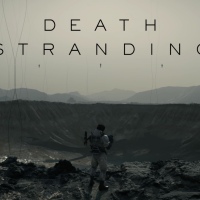